The Center has focused on cancer relevant drug discovery and chemical biology research and seeks to expand into new collaborative areas identified as important for the campus, including neuroscience and infectious diseases.

The Center’s mission is to bring dedicated medicinal chemistry expertise to bear on biological targets of therapeutic relevance under investigation by UNC faculty. Synthetic chemists, assay development and compound profiling scientists work in the Center 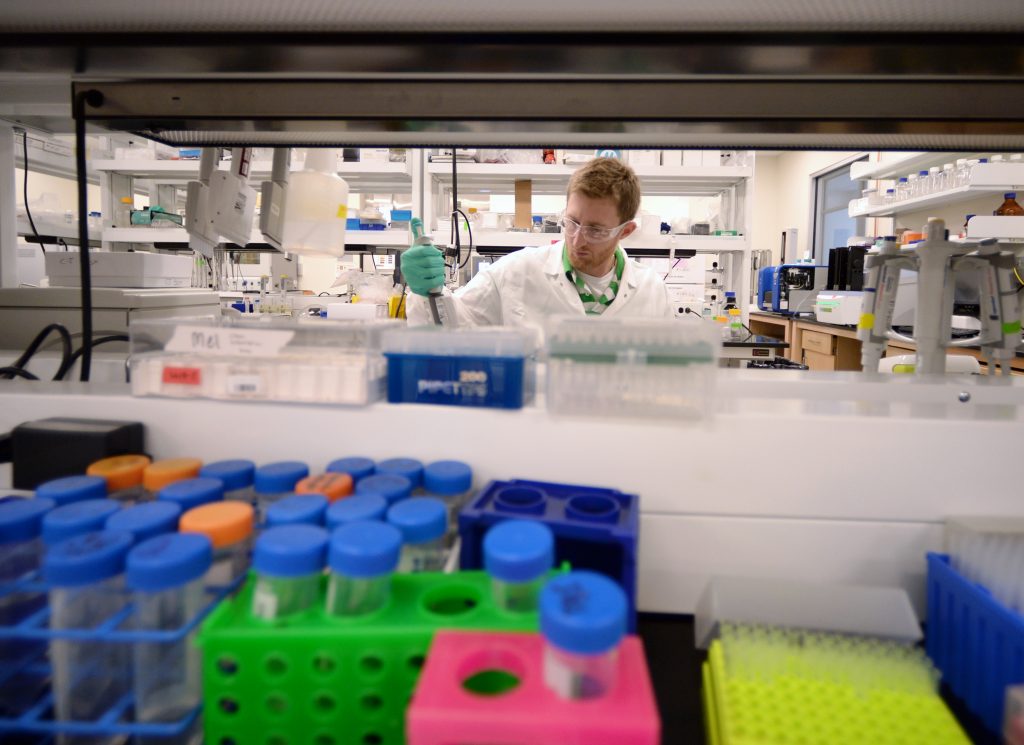 and create dedicated, multidisciplinary project teams with other groups on campus to progress targets through the drug discovery and early development process.
The first targeted therapeutic from the Center designed to reactivate the innate immune response in cancer and block survival signaling pathways in many solid and hematologic malignancies is advancing through clinical trials. In addition to collaborative drug discovery projects, the Center has a basic science focus in the area of chromatin regulation. The Center’s chromatin science is centered on methyl-lysine as a posttranslational modification and the protein-protein interactions that it facilitates. The first chemical probes for methyl-lysine reader proteins were discovered in the CICBDD and are being used to validate novel interventions in cancer and other diseases. 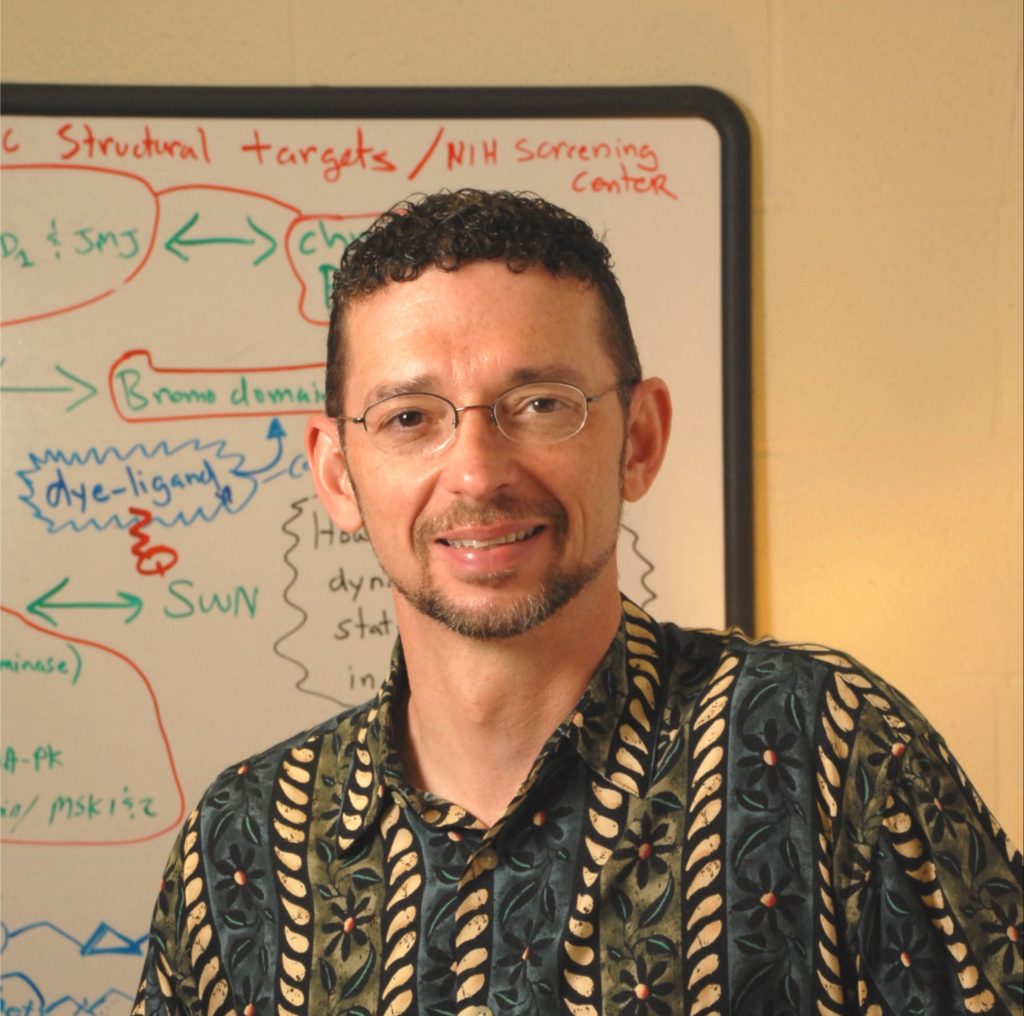 CHAPEL HILL, N.C. –  Four University of North Carolina at Chapel Hill faculty members have been elected 2021 fellows of the American Association for the Advancement of Science.

This year’s class of 564 scientists, engineers and innovators were selected by their peers for their scientifically and socially distinguished achievements, according to the AAAS, the world’s largest general scientific society and publisher of the journal Science. It is one of the most distinct honors within the scientific community.

The new UNC-Chapel Hill fellows are:

Amy S. Gladfelter, professor of biology at the UNC Department of Biology in the College of Arts & Sciences and cell biology and physiology in the UNC School of Medicine, for her distinguished contributions to the field of cell biology, particularly in the areas of phase-separated condensates and the biophysics of the septin cytoskeleton.

David Margolis, the Sarah Graham Kenan Professor of Medicine, Microbiology and Immunology at the UNC School of Medicine, professor of epidemiology at the UNC Gillings School of Global Public Health and director of the HIV Cure Center, for distinguished contributions to the field of virology, particularly for making key discoveries on the mechanisms of HIV latency and devising new strategies to find a cure for HIV infection.

Stephen V. Frye, the Fred Eshelman Distinguished Professor at the UNC Eshelman UNC School of Pharmacy and director of the Center for Integrative Chemical Biology and Drug Discovery, for his distinguished contributions to the field of oncology drug discovery, including new treatments for benign prostatic hyperplasia, metastatic breast cancer, renal carcinoma and soft tissue sarcoma.

Alexander Victorovich Kabanov, the Mescal S. Ferguson Distinguished Professor and director of the Center for Nanotechnology in Drug Delivery at the UNC Eshelman School of Pharmacy, for distinguished contributions to the field of nanomedicine and drug delivery including the use of polymeric micelles, polycation complexes, macrophages and exosomes to treat cancers and diseases of the central nervous system.

“AAAS is proud to bestow the honor of AAAS fellow to some of today’s brightest minds who are integral to forging out path into the future,” said Dr. Sudip Parikh, AAAS chief executive officer and executive publisher of the Science family of journals. “We celebrate these distinguished individuals for their invaluable contributions to the scientific enterprise.”

The new fellows will be celebrated later this year during an in-person gathering and the new class will be featured in the AAAS News and Notes section of Science in January 2022.